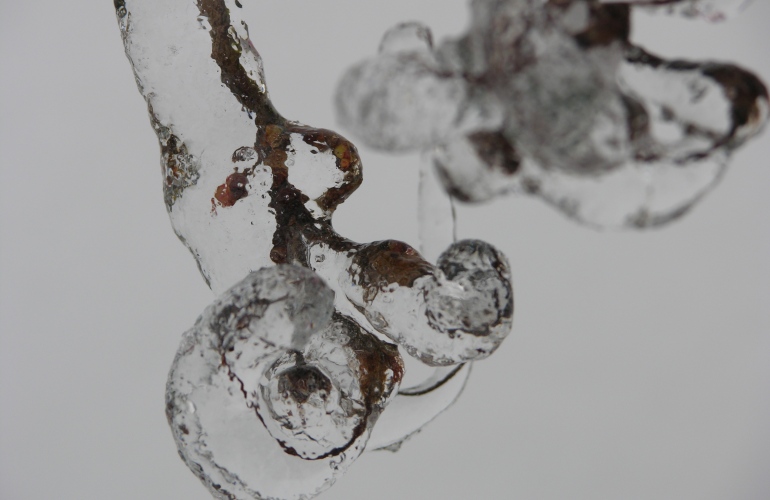 Deformity – that which is away, de-, from form. The “form” is construct of manifestation, the shape or quality of a thing or being as it relates to function- what it does.

For a human, as your presented self is often compared to the beauty of those before you, or at least, if you’re beautiful on the outside, people take notice. When you are not – or even “ugly”, you start out with a huge hurdle in life.

Once I saw a 5 year-old girl with severe facial deformity. She was new to me as a patient, and having sinus problems. She sat very quietly while her mother related the history.

This little girl was shockingly hideous to my perceptions at the time-she might well have been happier (on the surface) in a niquab-wearing society where it would be normal to be completely covered in public, but I digress.

Seeing her there in front of me, my animal self recoiled, my stomach tightened.  I couldn’t ‘digest’ her-

But hoping it wouldn’t show on my face -which easily gives itself away, me being fair with dark features, I was consciously cultivating empathy. No doubt I felt sorry for her too, to see her sitting there, so grownup already while we talked about her. Five year olds aren’t usually so still inside…

As I stooped in to examine her small ear, I was struck by a sense of her sweetness. Maybe it was the detail and features of her perfect little jaw and ear, along with the whiff of milk toast odor common in babies and those institutionalized- I felt moved. Her world was very small, I understood.

My heart melted, and I could clearly see her as a tender and conscious human being. It shocked me. That was in 1996. I hope she is “well” now, however that looks. May she receive blessings that bring her happiness and peace! Inshallah, all things are possible!

There was another boy with similar facial deformity in my Junior High and High school.

He too, was wise beyond years. I vaguely recall confrontations between him and others in the class. But that one had a mouth on him, and stood up for himself[1].  [I was grateful not to be him (either); he was one of a few people I believed might be as actively unhappy as me[2].]

That child sitting in my office was for me a sort of miracle. Imagine- she never has a day where she can look in the mirror and see symmetry in her form. It took me getting very close and quiet, to see her more truly; so that I could listen.

Being born out of perfect form from what is expected – how would you know if it weren’t pointed out to you or you see it in a mirror? Nonetheless, for better or worse, your reproductive chances diminish. This is a good thing – if we hope for less of it. That’s Mendelian genetics, observed by monk Mendel, not astrophysics.

Humans who are “special” in obvious ways, get attention[3]. Interestingly this can be seen in the birth chart, the soul’s need to be seen as different, in what’s going on in the first and 10th houses especially with placements of Aquarius, Uranus, and Saturn.

For better or worse, that these children have persisted beyond weaning, despite their odds- which is not true of all cultures where babies must pass tests of suckling fitness, before they are named- else given comfort measures, for the lucky ones, seems to me to be a sign of civilizations weighing survival of the group over the individual.[4]

While it can feel uncomfortable to be so confronted with another’s differentness, that is part of their ‘job’, to make me question mine- and maybe pique the ‘whys’ of it.. And to remember that I am glad (a from of gratefulness), I don’t walk in their shoes.

Children along with their emotional and physical encumbrances create a focus in life, which is lasting for most of us. Without them and their worries, there is more opportunity to create abstractly. Our time is measurable- in hindsight.

I can imagine the shock it must be for some to look in the mirror and see how you look different from how you feel inside! It’s true for me anyway as my features fail a little more each day (praise be to G-d I’m still here -and it still helps to smile).

AS we begin to integrate culturally, on an emotional, mental and spiritual level with those who are transgender, transsexual and well, all those who feel different from the breeding norm, and with those who chose to dress in obvious ways that reveal or flaunt their personal inner sexuality (or even meant to provoke), their voices have brought revelations to how the world views sex, naturally but also women.

Men turning into women report instant degradation of their public status – noted immediately after their conversions. And vice-versa. Women who transition to look like men, note more respect and feel their importance blossom. Life is different from what we’ve been lead to believe- and there is yet much to be learned.

However, it would seem that so much creativity isn’t always a good thing – at least not an endless production of needs no one knew they had- considering Nature and her trash problems. The world is getting swamped by wants undeserved.

Perhaps as a culture, let’s begin to accept once again, the need to sustain the Earth’s organism just like those who have lived with chronic droughts and peril.

[Ironically, by driving male homosexuality underground, the church (and apparently the British Empire with its intentional polarization of the cultures it wished to dominate) has created more of it. There is biological basis for the phenotype of early onset homosexuality with olfactory gene variants (at least!) -some gay men don’t smell female sex ‘pheromone’ or whatever the chemical signatures turn out to be. Creating more children with these variants, which fake marriages have forced. Is this loss sensitivity also enhanced by our stew of inflammatory signals and lifestyle chemicals?

It is very wise to recognize love in it’s many forms without judgment. I understand this is a very delicate subject and dear to many hearts. May blessings and joy accompany all in this life now.

[1]He is married now and has children.

[2]Sorry to all you grammatical sticklers, my grammar can be creative..

[3]Cracking my knuckles now of approaching the topic of specialness, there are so many examples.

[4]It is no mistake that the book, “When the Spirit Catches You and You Fall Down” by Anne Fadiman, and was on the Yale medical school list of required reading about the nobility of inoperable being. Lia Lee thrived despite many odds, including her doctors’ malpractice. It is a treasure of a book.

One thought on “Deformity (Geb 2)”