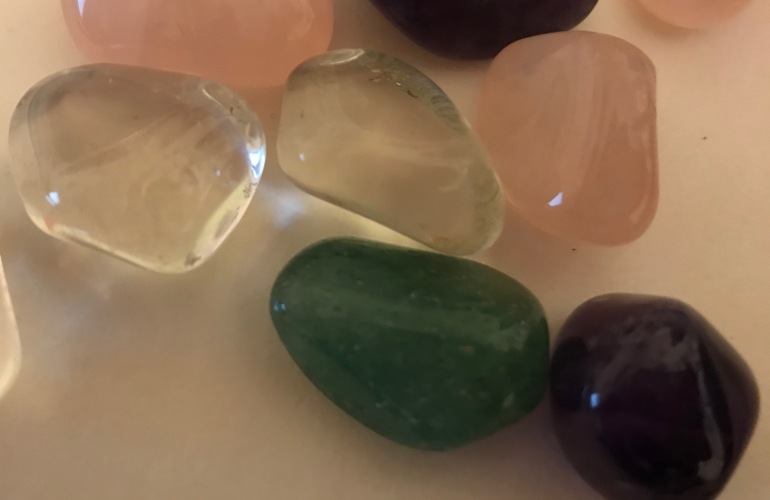 We all know that man has “free will”.

Uniquely, he has ability to choose, plan, and decide.

While apes have made significant “progress”, as have crows, rats  and every creature in between– and will continue to do so, our human capacity for executive thinking, is the distinct purview of man. At least until now.

We all, with few exceptions, get to do this – unless incapacitated when others choose for us.

So, if in the process of willing something, you are thwarted, challenged, or otherwise interfered with -and your attention is diverted by that obstacle, there’s apt to be an emotional response.

Consider when two women are standing shoulder-to-shoulder each simultaneously reaching for their favorite red sweater- the same one. I’ve seen it happen. Filene’s basement had big bins of pretty clothes, though often one of a kind or size.

In that moment, what do you do? Do you fight to get it, cry, or let it go?

Face it. You really want it.

It will look good on you.

It brings out all your best colors (especially your lips) and you’ve got that party to go to, with all the “beautiful people” in your group.

What if she’s not as nice? Would you give it to her anyway, though?

Your emotions in that moment do make a difference.

Having them, they radiate from you to her.

She will certainly feel you, no matter what you “think”.

Here is where “free will” comes in.

If a thing is fate or destiny, fate – the coincidence of events from which you choose to engage that create outcomes versus destiny, literally-from the stars, which we are all of.

Destiny -It will be yours no matter what, but maybe not in that moment (fate).

So you can choose to respond otherwise, and accept any outcome.

Standing your ground isn’t bad (there are no imperfect lessons);

You can give in and see how it goes.

If it mattered, you might play rock, paper, scissors and/or present your case(s). Either way it’s a game so there’s rules- fair is fair.

You never know how much a heart might need the red.

Don’t worry; there will always be another one, maybe even prettier!

One time I was seeing a young army recruit from West Virginia. He was having some allergy problem, but as I talked to him I came to realize his deep homesickness, some hopelessness, and underlying desperation; he was missing his mother especially. There is a high suicide rate in the army especially in his demographic, I was worried for him, frankly.

Now I do have a special fondness for those hills and that place for there is healing beauty in the dense leafy greenery. I’d been to West Virginia many times myself – to camp out and visit Dolly Sods and a particular stony outcrop on my rare free weekend, when I was working as a medical resident in Washington, DC. So I knew that part of his loss.

Rarely I’d offer crystal stones to patients, but it (still) seemed like a strange thing to do (this was an army hospital!) and that day didn’t bring any extras. I only had my treatment crystals that were a special set from a crystal healing course in the mystery school- several of each plain and rose quartz, two amethyst, and an aventurine.

There was no question- I offered him to chose one of them.

He chose the aventurine, the green one. I was glad. It was one of my favorites too!  His heart needed it.

Later, I discussed the event to my mystery school teacher, as I needed to replace it and wanted to know a good way to go about it, along with my impressions. Surprisingly, she disagreed, felt offended that I’d break the set and didn’t offer an amends. Oh well, I have no regrets, so I disagreed but gently. We are stewards of the earth not lords. Any crystal I have has far outlived me!

A few months later, our family went on a trip to Whistler, B.C. Settling into our hotel room for a week’s visit (that would later prove pivotal to the future). As I rested after unpacking, I spied under the couch a beautiful green stone, wow, it was an aventurine, and very similar to fill out my kit!

Sure it could be coincidence, but like signs or omens, it’s how you receive it. There’s usually a scientific explanation. Either way, I felt vindicated.

Consider for yourself all the times things actually did work out for the best!

The choices we make in a moment reflect on the next ones, as well as the past. This is math and physics; emotional responses create singularities. Singularities disturb the trends, energies and flow but our fates remain. Literally the quality of the “test” is in your astrochart, playing out day-by-day.

Allowing all as grace will help you keep your chin up -and ready for the next punch (laugh aloud).

Regardless, destiny is fulfilled; doesn’t matter how you get there – you will get there in the end, so relax, enjoy the ride. But G-d helps those who help themselves; stay curious, notice and you’ll be lead – think of the Celestine Prophesy! Most of all, get out of bed!

[1]Seeing and hearing women physically fight over clothes at Filene’s basement (or JC Pennies, or the Rack) bin myself with predictably poor outcomes, leaves a bad taste- for the winner of said wares lastingly- at least metaphysically. That’s bad Juju to have in your house!

[2]Though also being human I would wince a little; but I would do as I wished I would have been done- at least generally.