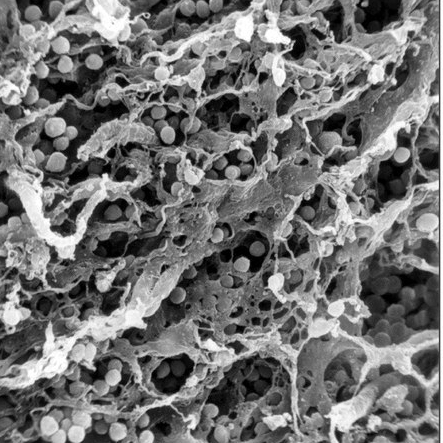 Over the last few years there’s been quite a buzz about the microbiome. Probiotics, pre-biotics, and fecal transplants. Wow!

While the science is still in its infancy, much is known.

Our microbiome(s) are essentially our ambassadors to the world in which we, our mother and her mitochondria, gestated and were born.

This “world” includes the animals, plants, soil types, and emotions experienced as feelings, that are present during our lifespan. For example, bacteria, viruses, and fungi that are measured in a home, proportionally reflect the outside environment. This in turn is reflected in sputum, stool, and skin samples (under healthy balanced conditions- nothing is generating on it’s own).

It is now known that we have about 100 trillion bacterial cells to our approximately 37 trillion human cells (of course that’s for the average 70 kg white male). Over the course of a day, in response to meals and activities, populations shift and change to reflect our state of  ‘digestion’. From cultural lineages, each human microbiome are distinctly different. What they share is rich diversity- and that’s about it.

You can eat exactly the same diet as your neighbor, overall be well, and still have huge variations in your biome populations.

The American Chemical Society has now documented in stool samples of children, bacteria and other microbes associated with breaking down chemical products used in the home- never before ‘seen’ or measured in humans (not that they weren’t there).

Until the age of DNA sequencing, this was only intuitively known (by herbalists) as many, if not most, organisms couldn’t be cultured outside of their ‘sponge’ and so, weren’t measured and detected by traditional methods.

These organisms create a network of chemical crosstalk that regulates our immunity and digestion. Normally is a ‘sponge’ of friendly fungi (creating the lattice along with our mucous layers), bacteria, archae (which are similar to the mitochondria), and even some viruses (those little DNA vectors!). Then we add food as fodder.

Foods that are wholesome and balanced, feed a greater group of healthy bacteria.

Bacteria in the gut are primary for breaking down the environment into meaningful bits (normally as sampled by special M cells in the small intestine), but there are specific biomes at each hollow organ interface a well. For example the sinuses, bladder, sweat glands, and vagina all have their own distinct biomes that affect and regulate PH, secretions, and ciliary movement.

Of course, neural tone and hormone levels affect all tissues. Mitochondria have receptors for estrogen, testosterone, cortisol, thyroid, and growth hormone. Cell surfaces on glands, allergy mast cells, and melanocytes, have receptors for nerve signals. Receptors can be up (meaning the cell is hungry for the signal), or down-regulated when the cell has enough or all it can process. Meditation and quiet affect, decrease, neural excitation which in turn affects every cell and gland in the body.

In addition to the nose, tongue and stomach, each solid organ including the brain, pancreas, liver, spleen, kidney, and ovary, has it’s own set of taste buds which directly affects organ function and size. For example, the pancreas senses sweet very well, so revs up its DNA to make more insulin and enzymes that break down meat. The spleen senses bitter and uses that to modulate T cell function. The kidney especially needs salt to process what is released from what is kept.

Our day-to-day diet forms a working memory of cell mass in these organs, and must be sated, by emptying the pre-formed vacuoles of enzymes particularly, before we feel complete. This relates to our ‘addictions’ and cravings for specific food types especially when we aren’t getting emotionally satisfied elsewhere.

(This is also the basis for age-old and ayurvedic classification of personality types for being choleric, sanguine, and melancholy which relates to the dominant (digestive) organs size.)

What is a balanced diet? Each meal has a rainbow of colors; the five tastes (sweet, salty, sour, bitter, and pungent), smells fresh (no esters or amino acids associated with decay), and feels crispy, firm and young.Your perception of the rainbowof colors, tastes, and smells, is inherited.

Sweet includes umami, and signals the presence of fuel in sugars and meat, fuel for muscles and brain. Sour directly activates the digestive enzymes secreted in an inactive form and otherwise useless, from pancreas and gallbladder. Bitter signals the immune system and directly increases transcription of innate defense molecules to keep integrity of skin and membranes. Salt (especially sodium, chloride, and potassium) is used to maintain energetic potential and power channels. Pungency relates to passion and drive.

Adrenaline, anger or fear, and cold foods shut down blood flow to the GI tract and markedly slow digestion (muscles’ blood flow increases instead). Prolonged stress with too much cortisol causes the gut wall to thin. Emulsifiers, drugs, unfriendly bacteria, non-food substances, and toxins affect the balance of the biome and signal the need for inflammation and immune activation.

Even a food out of context, like adding soy protein to corn, creates improper digestion, as the five senses turn on specific components of digestion in anticipation of that particular food.

Poorly or non-digested food leaves large fragments. Some of which can enter the body directly, as in leaky gut syndrome, or indirectly, through sampling from M and other cells. The rest stays in the intestines, feeds and affects the growth and balance of colonic bacteria.

Macrophages and other phagocytes (literally, “eating cells”) are activated in the tissue interstitium and blood, to pick up these invaders. If the particle isn’t broken down in specialized vacuoles, they particles get sequestered and partitioned off. Some of these particles end up in sweat and sebum.

Of course nano-molecules and fat-soluble substances including dioxins and flame retardants, like PCBs, are completely indigestible and can permeate skin, tissue, and brain boundaries. So they go wherever there’s fat or a fatty membrane and can form micelles*. Over time, these globs like the plastic gyres in the ocean, build up and impede fluidity of membranes. This slows down our receptors’ ability to respond to the environment, remodel tissues ability to heal.

During rest, organs stop producing in response to digestion and fuel, and switch to clean up functions making ready again for the next day or next meal.  Hence the sleepy feeling that usually accompanies a full meal. During actual sleep we are normally paralyzed, letting muscles rest and restore.

By limiting your intake of toxins, with good hydration and balanced diet, you can eliminate many of your built up chemicals, even dioxins over time. Exercise hastens the process with sweating.  Avoid distilled alcohol and limit white foods (white bread, sugar, white potato, polished rice).

Your microbiome can be enhanced, for you, by eating vegetable foods that have high inulin content. Artichoke heart, chickory, dandelion root, asparagus, leeks and onions, bananas and plantain (not overly ripe), sprouted wheat, and garlic) are great sources of inulin. Eat only foods that you love!

Probiotics, live organisms, are present with fermented foods – especially from your family’s lineage, like kimchi, sauerkraut, and other pickled foods, natural vinegars and kombucha, or those that were used in your ancient cuisines. Yogurts, kefir cheese, and similar products are rich in lactobacilli. These are considered universally friendly bacteria (at least for now).

Have a period of fasting – aim for sunset to sunrise, so the GI tract and other organs can completely rest and recover.